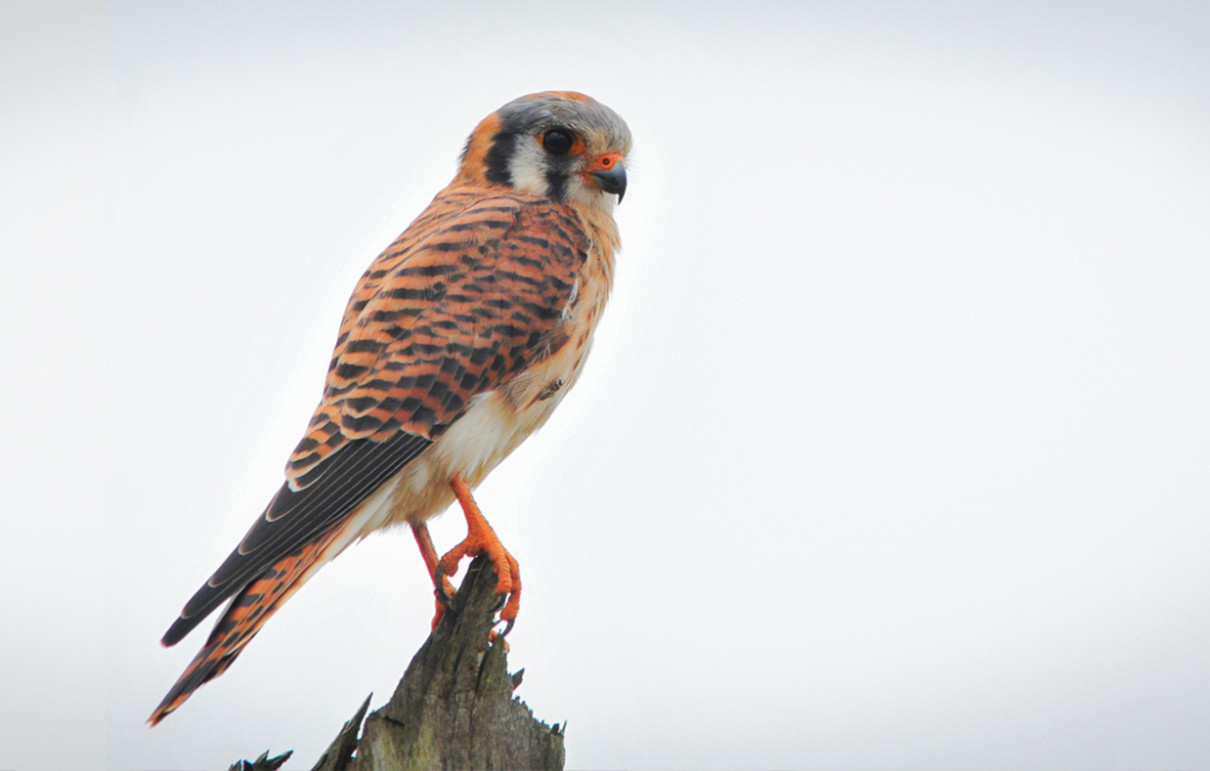 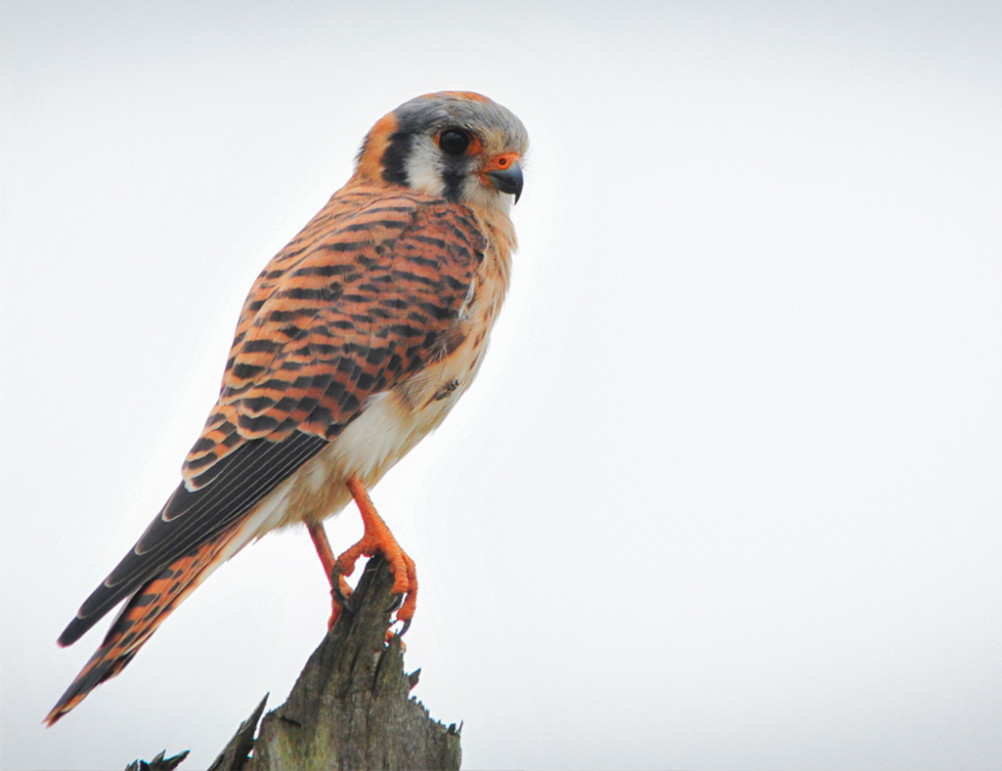 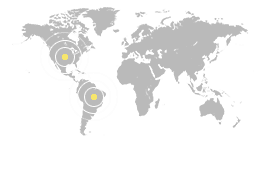 Also known as the Sparrow Hawk the Kestrel is the smallest and most common falcon. This bird can be seen “pumping” their tails to aid in balance while perching. Because of its small stature, the Kestrel is often blown in the wind and thus can have an erratic flight pattern. Despite this tendency, this bird is still capable of hovering over a field in search of prey.

The most common call of the American Kestrel is a shrill series (generally 3 to6) of killy notes that lasts just over a second.

American Kestrels are 22-31cm in length and weigh between 2.8-5.8 ounces. With a wingspan between 51 to 61 centimeters, these small falcons are roughly the same size as a Mourning Dove.

Males and females of this species look very different. Both genders are reddish-brown with black spots on their dorsal surfaces and have pale ventral sides. They also have black marks on either side of their pale face. Males have a gray-blue head and wings while females are colored more red-brown in these locations.

Kestrels are widely distributed throughout North and South America. They have adapted readily to humans and nests in large cities throughout the U.S. Their range covers the entire United States, Southern Alaska, British Columbia, Great Lakes, New England, and American tropics.

American Kestrels regularly eat a large variety of things including Insects, song birds, reptiles, amphibians, and small mammals. Commonly taken insects include grasshoppers, cicadas, beetles, dragonflies, butterflies and moths. Spiders and scorpions are eaten as well. Commonly hunted mammals include mice, shrews, and bats. This species rarely feeds on carrion except for prey that it has previously killed and cached.

Pairs of Kestrels will exchange food as gifts (often male feeding the female) while courting. Before selecting a mate, it is not uncommon for several kestrels to group together for the beginnings of courtship. American Kestrels are obligate secondary cavity nesters, which means they do not excavate their own cavities, but nest in existing natural and manmade cavities, including tree cavities, woodpecker holes, abandoned buildings, cliff/outcrop potholes, creases and cavities, and nest boxes. Kestrels are common in both farmlands and low-density suburban areas, as well as in open and semi-open natural habitats ranging from deserts to woodlands. They sometimes also nest in urban areas. The male is responsible for finding several nest cavity options for the female to see before she finally decides on a nesting location.

A female kestrel will lay somewhere between 3-7 white, creamy, pink or pale buff dotted brown eggs (35X29mm), which will be incubated for 29-30 days. While males may occasionally take over incubation duties, it is the female that does most of the sitting. The male will feed the female during and shortly after incubation. The young will stay with adults after fledging.

One of the continent’s most widespread raptors, kestrels breed in eastern and western North America, north to the tree line and south into most of Central and South America. The American Kestrel is a partial migrant, with large proportions of Canadian and U.S. populations migrating south in autumn. American Kestrels breeding in northern portions of their range are more migratory than those breeding farther south, and birds in northern areas migrate farther than those in southern areas. Many southern populations are sedentary, and this combination of factors produces a leap-frog migration pattern.

Preserve Open Spaces: Kestrels are an animal that prefers an open habitat like farmlands and meadows. Unfortunately these are the areas which are usually developed first. It is easier and cheaper for developers to urbanize an area that is already open, unlike a forested area, where they would have to cut down all of the trees first. We need to remember to preserve and conserve open spaces for animals like kestrels and corn snakes. Share the kestrel box with everyone and reiterate that the kestrels need to find a cavity and if they or someone they know has an acre or so of open land hanging a kestrel box is great way to positively impact kestrel populations.

Important Predators: Kestrels like other birds of prey are very important predators. Kestrels usually consume insects and small rodents which keeps the pest population low. They are very beneficial to farmers and our ecosystems.

Because Kestrels cannot make their own nest cavities, these birds lose valuable nesting areas every time a dead tree is cut down or an old forest is cleared. In addition, food sources for these birds are going down in numbers as well. Being a bird that mainly eats insects, pesticides spread on farms drastically decrease the amount of available prey for the American Kestrel. Building nest boxes on the edge of your lawn or field provides these birds with a safe place to raise their young.