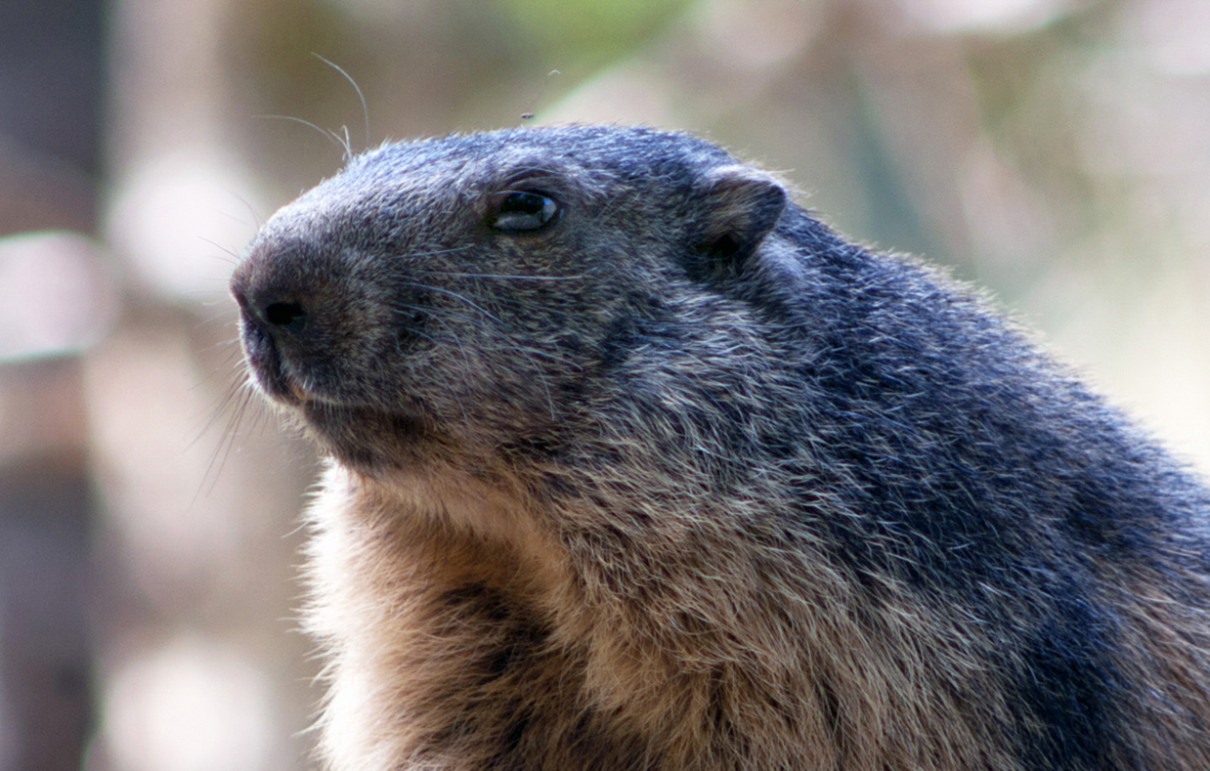 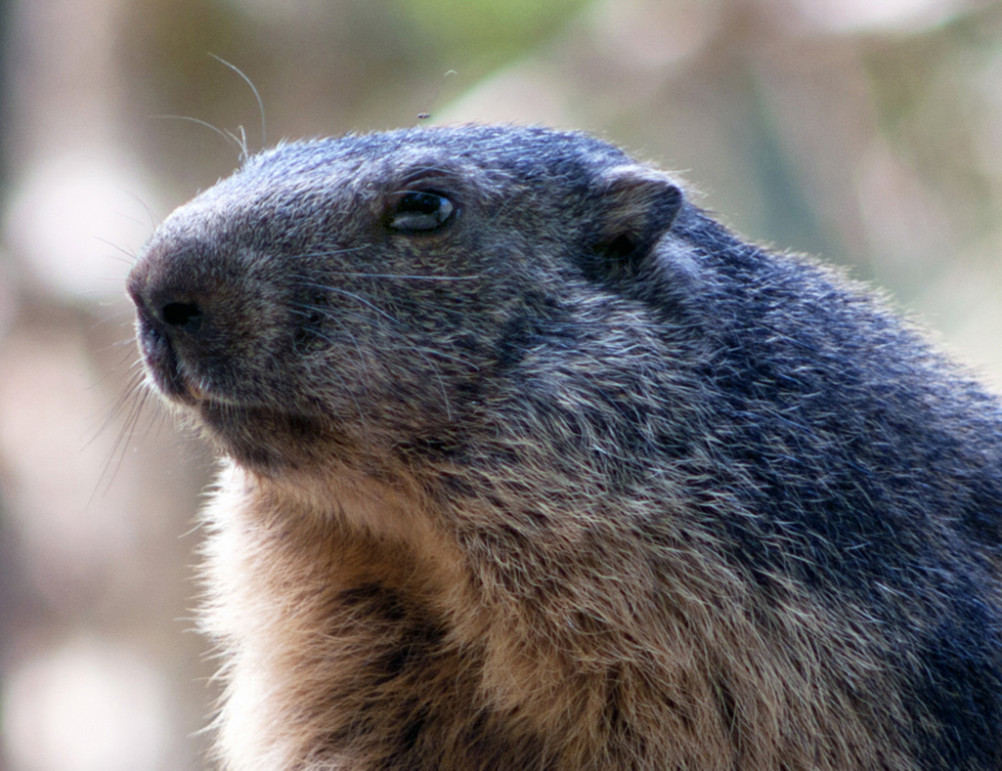 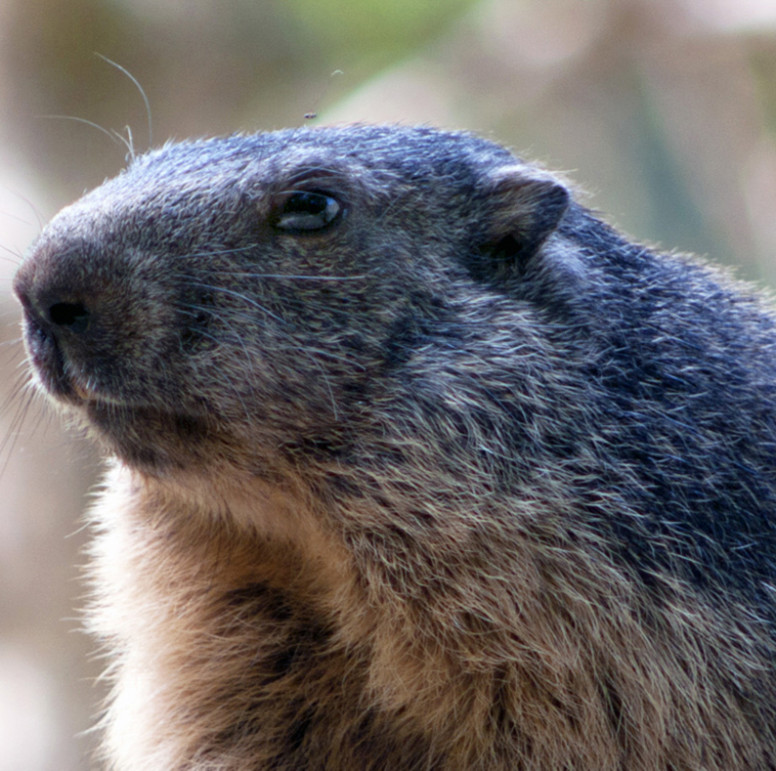 RANGEAs far north as Alaska and as far south as Georgia, Alabama, Louisiana and Arkansas

HABITATOpen habitats, but also are commonly found in edge habitats between forests and open fields 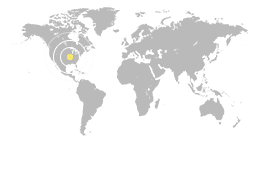 Groundhogs (Marmota monax) are medium sized rodents found all over North America, from northern Alaska to the Southern U.S. states like Georgia and Louisiana. Within this vast area, they prefer to live in between forests and open fields. Since they’re omnivores, their diet consists of a variety of vegetation, berries, small animals, and invertebrates. They are known to be diurnal, mostly foraging during the day and sleeping at night. Groundhogs in colder areas are true hibernators, causing them to put on a substantial amount of weight during the winter time. Many people that have gardens or farms think of these animals as pests due to their common nature of eating people’s plants. On the contrary, groundhogs help soil quality, make homes for other animals, and help with insect control.

Groundhogs are the largest members of the Sciuridae (squirrel) family. They generally are stocky, appearing to have short legs and round bodies with a bushy tail. While their legs are short, they are incredibly strong . This in addition to curved claws allows the woodchuck to be an excellent digger. They are also strong climbers and accomplished swimmers.

Also known as the woodchuck, these animals are known to stand up on their hind legs to survey their surroundings. Coat color varies depending on the subspecies. They could be grayish in color to a cinnamon brown. Because they have guard hairs that are tipped with white, the groundhog is given a frosted appearance. Woodchucks have a double coat. Their rounded ears are useful when burrowing because they cover the ear canal and prevent dirt from getting in.

Woodchucks range from 415 to 675mm in length and can weigh up to 6 kg. Males of this species often grow to be larger in size and weight than the females.

The most wide spread of the marmot species in North America, the woodchuck can be found as far north as Alaska and as far south as Georgia, Alabama, Louisiana and Arkansas. They prefer more open habitats but also are commonly found in edge habitats between forests and open fields. Unlike some other species, the groundhog seems to thrive in areas near human development. The clearing of forests to create fields has greatly increased the number of these animals found in PA. It is also interesting to note that many groundhogs have a summer den and a winter den. They always burrow in soils that are well drained. They are generally solitary although males have a home range that generally overlaps with the home range of one or two females.

Groundhogs are omnivores. Although they primarily eat vegetation, they can also consume invertebrates. (Not as omnivorous as many of the others in the Sciuridae family). They typically eat grasses, berries, agricultural crops, nuts and bark. They may also consume invertebrates such as grubs and insects as well as birds eggs or small animals. Unlike other squirrel species, the woodchuck does not bury and store food for the winter- they hibernate. It should also be noted that most of the water they need to survive can be obtained simply from the greens the animal consumes.

Primarily diurnal, groundhogs are most active during the morning and early afternoon. During the summer months they average 2 feeding sessions a day that both last about 2 hours. They need to gain extra weight in fall as they are true hibernators (although groundhogs in the south have been known to skip hibernation).

In the spring, males exit hibernation first in order to establish clear territories before the females emerge. Groundhog males generally mate with multiple females quickly after they emerge from their winter burrows. After a gestation period of about 32 days a litter of altricial pups is born. The litter size is generally between 1 and 9 young which the mother weans at about 45 days old. Woodchuck juveniles can leave the mother as early as 2 months of age and they become sexually mature within the first or second year.

Each den has many entrances which the groundhog is rarely far from when foraging from food. This allows him to quickly escape if he feels threatened.

Groundhogs help to aerate soil, aid in seed dispersal and create new habitats for many other animals.

Groundhogs (and other ground-dwelling animals) help to decompose the soil, leading to better soil conditions. This can help different plant species grow, whether on farms or in forests.

Groundhogs help with insect control. Since they are omnivores and eat insects, they are one of the many animals that keep insect populations in check. If you don’t like insects, groundhogs can help with that.