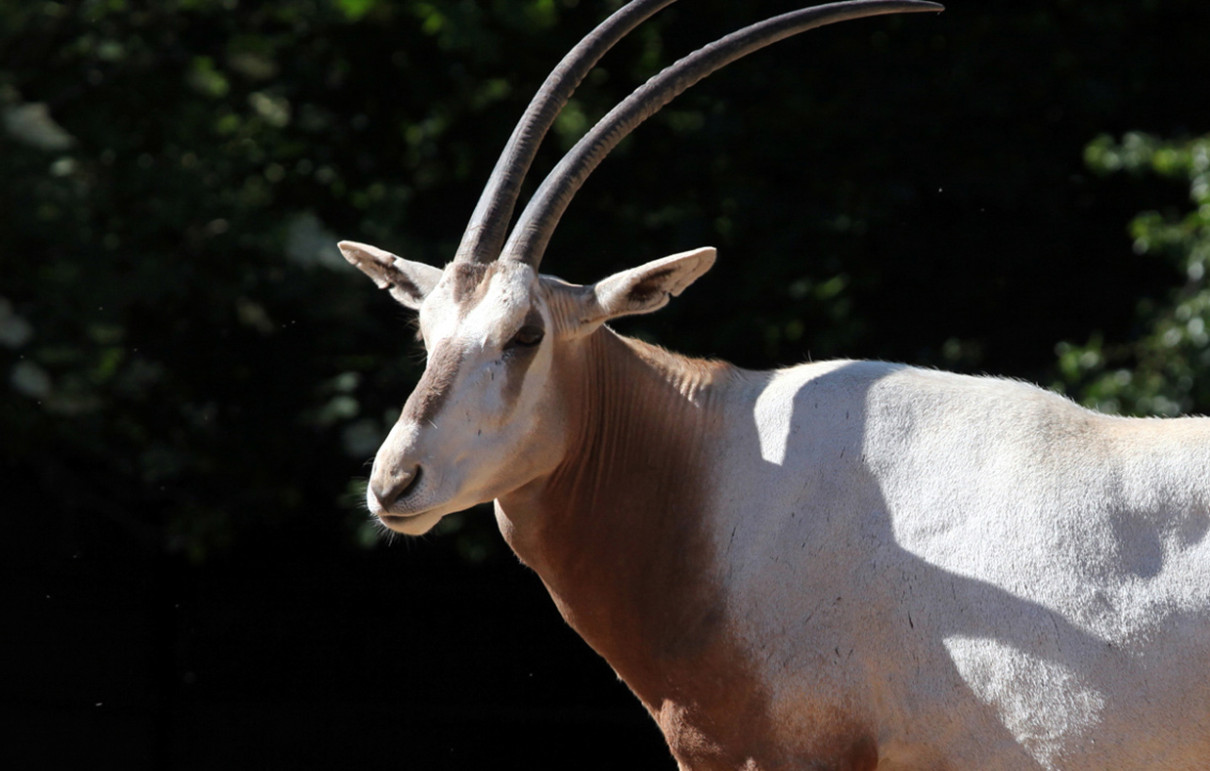 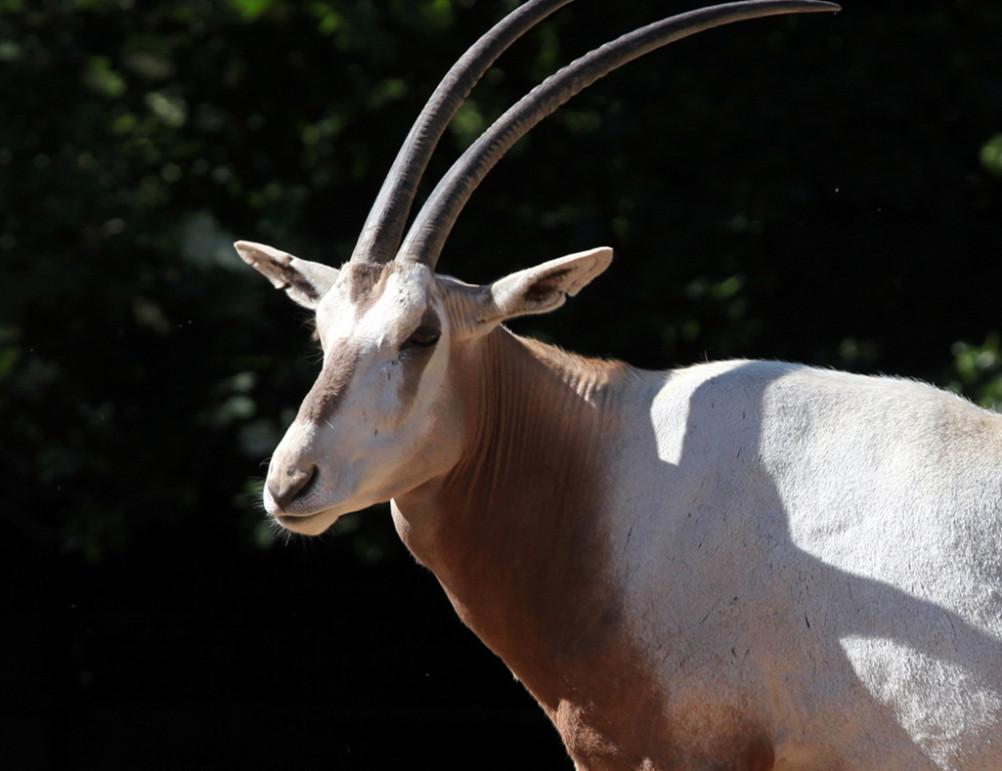 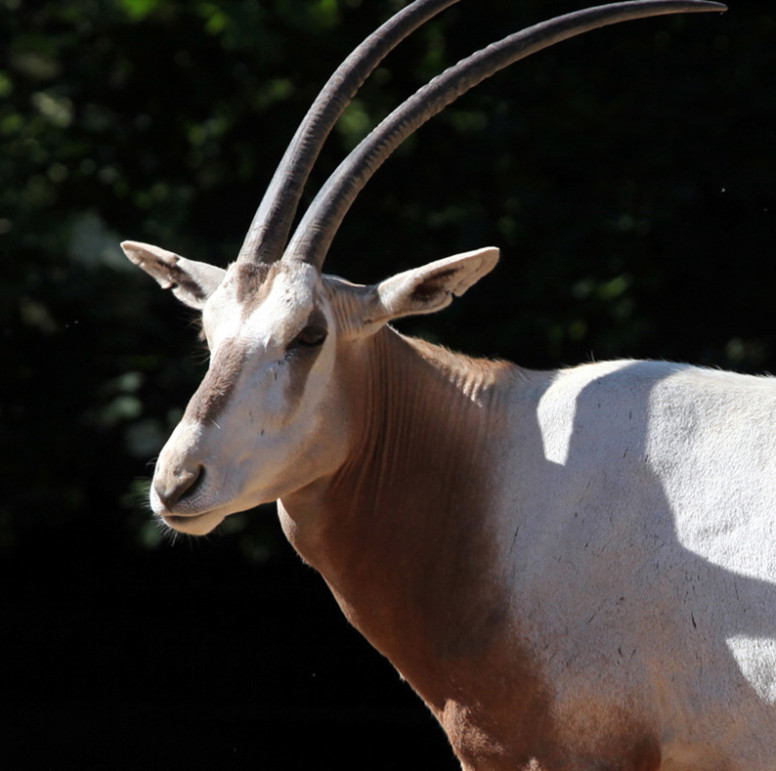 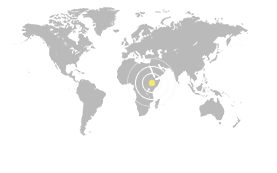 Scimitar-Horned Oryx are mostly white with reddish brown necks and marks on the face and a long, dark, tufted tail. The white coat helps reflect the heat of the desert. Their black skin and tip of the tongue protects against sunburn while enlarged hooves enable the oryx to walk easily on sand. Dense eyelashes and strong eyelids protect against windblown sand.

Both male and female scimitar-horned oryx have long, ridged, sharp-tipped and curved backwards horns that grow to be several feet long.

Life Cycle/ Social Structure: Oryx are seldom seen alone, with the exception of very old males. Historically, these oryx lived in herds of 20 to 40 individuals, led by a single male. During migrations and times of plentiful water, herds of 1,000 or more were seen.

Reintroduction: Extinct in the wild since the mid-1980s Scimitar – Horned Oryx are have now been reintroduced into the wild in Chad. As of March 2017, 35 Scimitar – Horned Oryx have been successfully released into a remote area of Chad. The reintroduction program with the help of zoos, government agencies, and private game preserves are working to build a self-sustaining population of 500 wild oryx over the next five years.