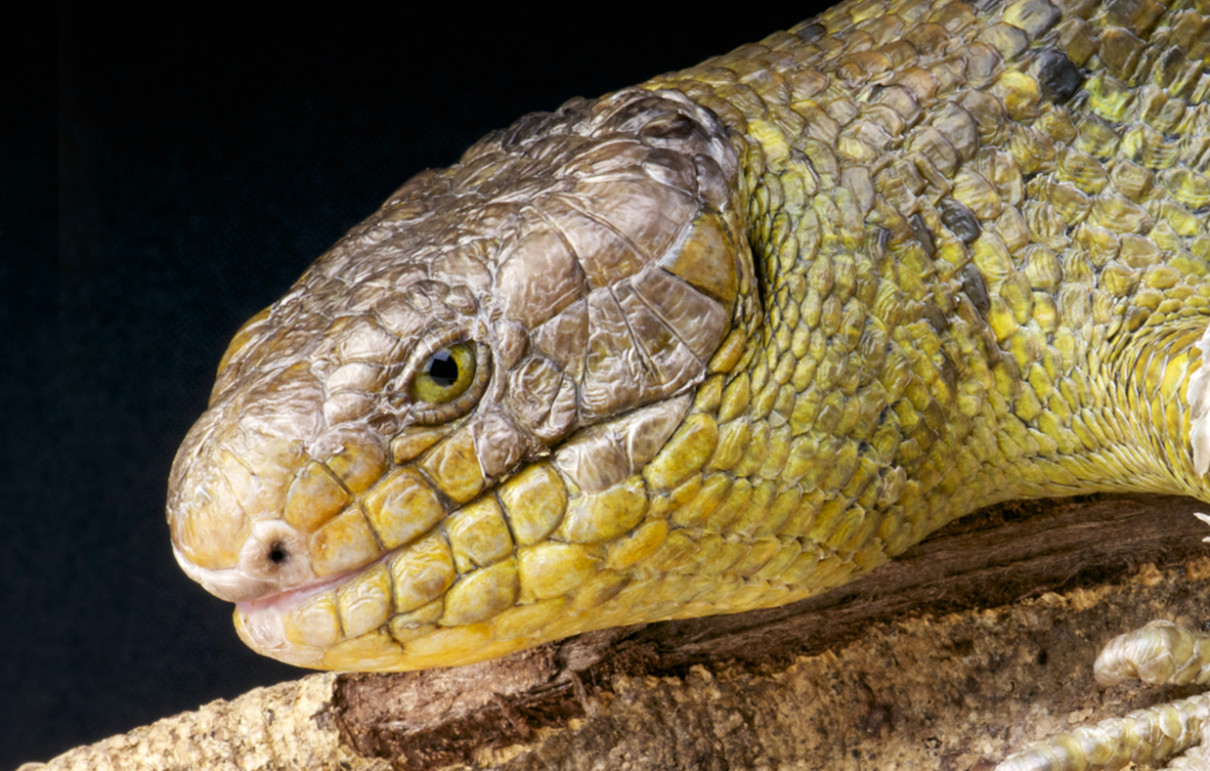 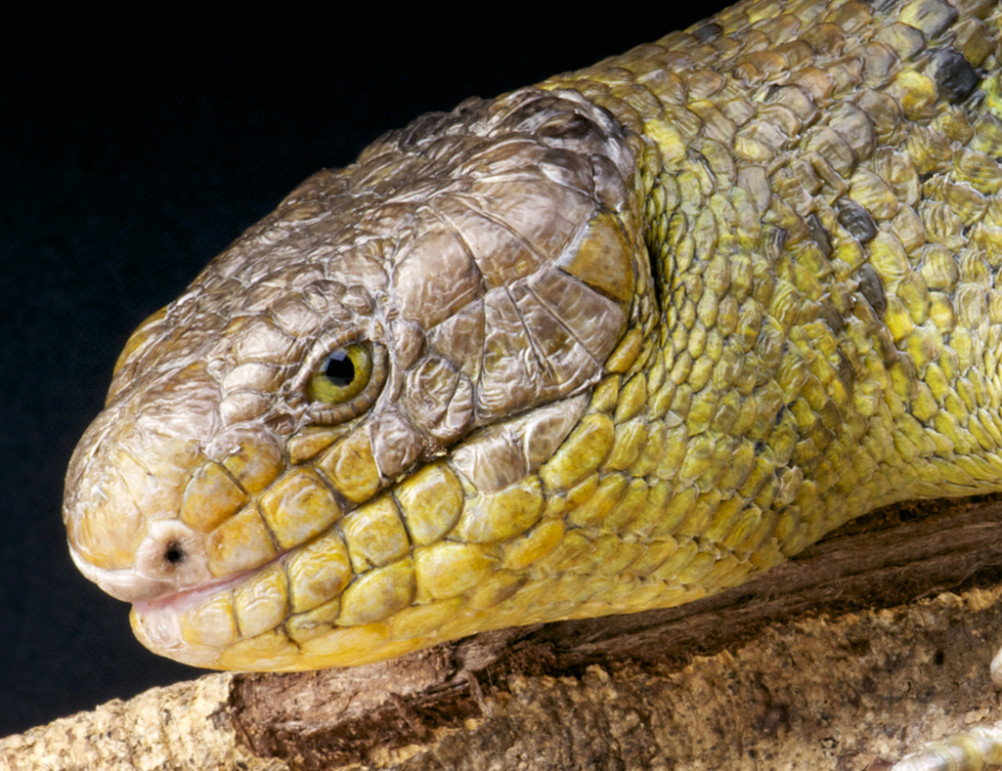 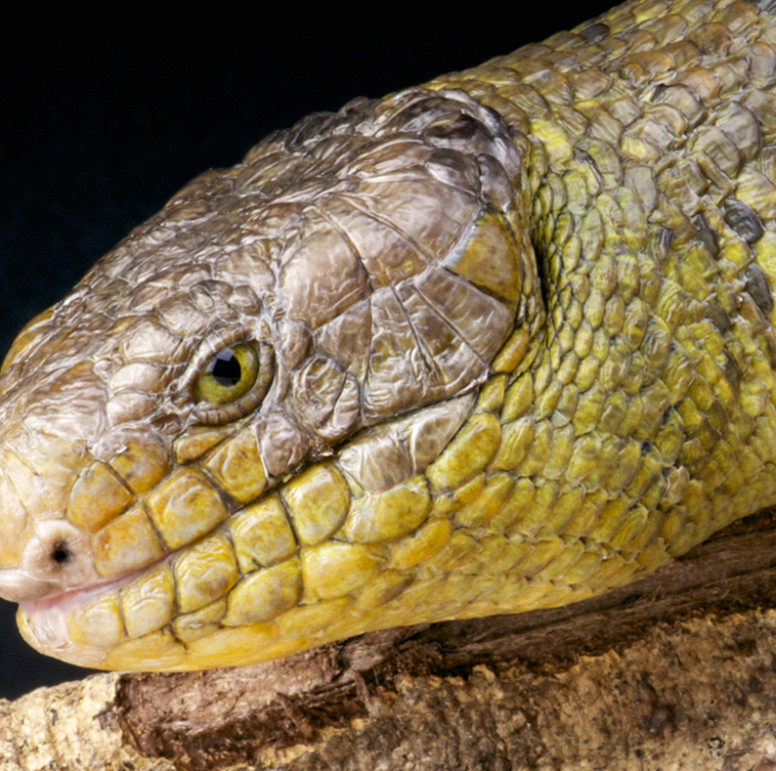 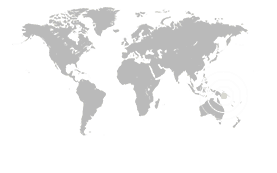 The Solomon Islands Shingleback Skink is found in Australia in New South Wales from the Western slopes of the Great Dividing Range. They inhabit the drier parts of Southern Australia.

They are known by many names, including but not limited to: Stumpy-tailed lizards, Boggi, Sleepy lizards, Bobtail lizards, Two-headed lizards, Pinecone lizards

Shingleback Skinks are usually dark brown with yellow or white spots along their body. The belly of these skinks is usually pale with darker variegations. The eye is small and reddish-brown to grey. The tongue is a dark blue and the lining of the mouth is bright pink.

The Shingleback skink has a very large head, and a very short, blunt tail and large rough scales. Males have a proportionally larger head and stockier body than the females, but females grow slightly larger than males.

The scales of the body and tail are typ­i­cally very large in size, and have a rough, knobby ap­pear­ance, mak­ing this crea­ture greatly re­sem­ble a pine cone. Head scales are frag­mented and ir­reg­u­lar, mak­ing them dif­fi­cult to count and com­pare to other rep­tiles.

Southern Australia, semiarid plains and woodlands with harsh, dry summers and falls. They prefer to live among lots of ground cover such as tussock grasses or leaf litter.

The shingleback skink is omnivorous and is an opportunistic feeder, eating pretty much anything it finds. Its main diet consists of vegetable matter, such as herbs and seedlings, with any blossoms or fruits that it may come across. The rest of the diet consists of insects and other arthropods, snails, carrion, and basically any other edible thing that it is fortunate enough to come across.

When threatened, Shinglebacks turn towards the threat, open their mouth wide and stick out their broad blue tongue that contrasts vividly with the pink mouth. This display, together with the large size of the head, may frighten off predators. If the threat does not go away, Shinglebacks may hiss and flatten out the body, making themselves look bigger. A frightened Shingleback may bite if it is picked up.

Shingleback Lizards live alone for most of the year, but between September and November reunite as monogamous pairs. Shinglebacks in western New South Wales are often seen crossing roads in pairs, the male following the female. The same pairs may re-form in the mating season over several years.

The embryos develop in the female’s oviduct with the help of a placenta, which is as well-developed as that of many mammals. At birth, the young eat the placental membranes, and within a few days shed their skin for the first time. The young are ready to look after themselves straight after birth, and disperse within a few days.

The Shingleback has usually only two or three young that measure up to 220 mm in total length and weigh as much as 200 g.

The Blue-Tongued Skink is not endangered, but the lizard is facing new threats from human disturbances. Feral dogs and cats have become a non-natural predator to young skinks.

As a zoo, we keep this organism to educate the Lehigh Valley about the lizard. While it is not native to our area, it provides a significant role in Australia’s ecosystems that requires attention. Going to zoos and other conservancies supports protection of even least concern species that are impacted by human disturbances such as invasive species.