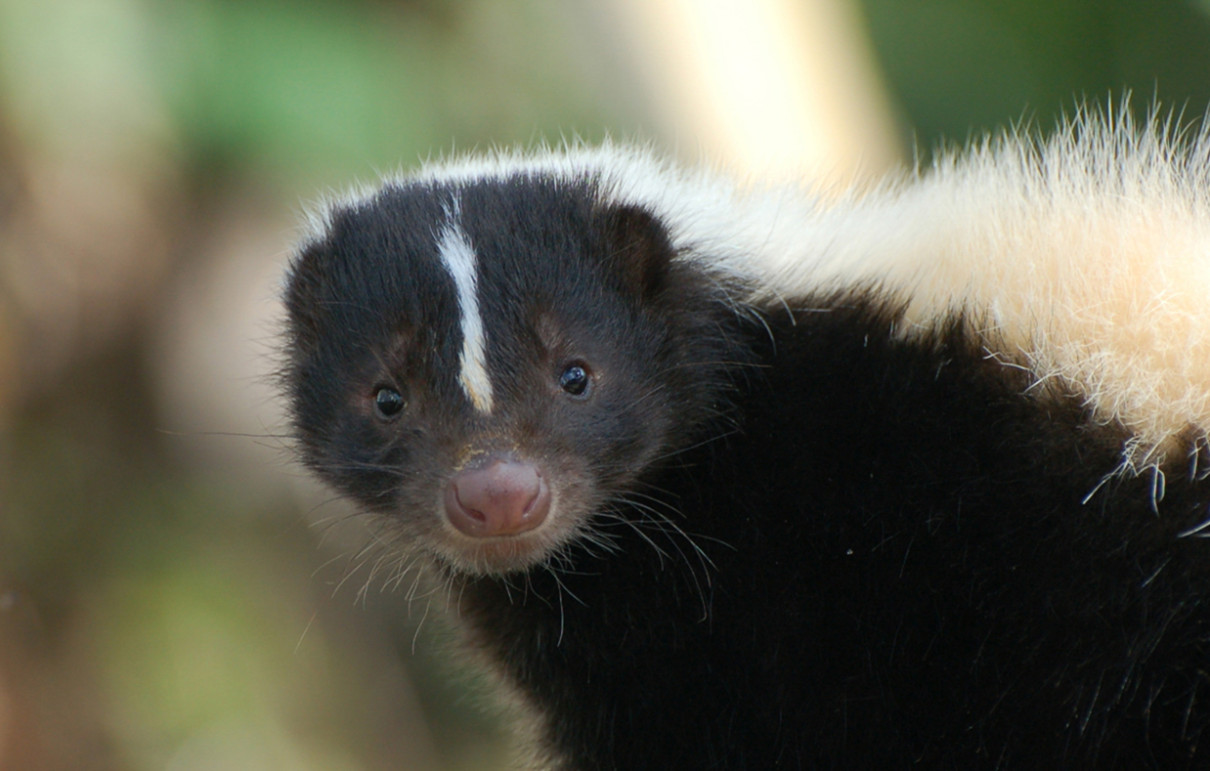 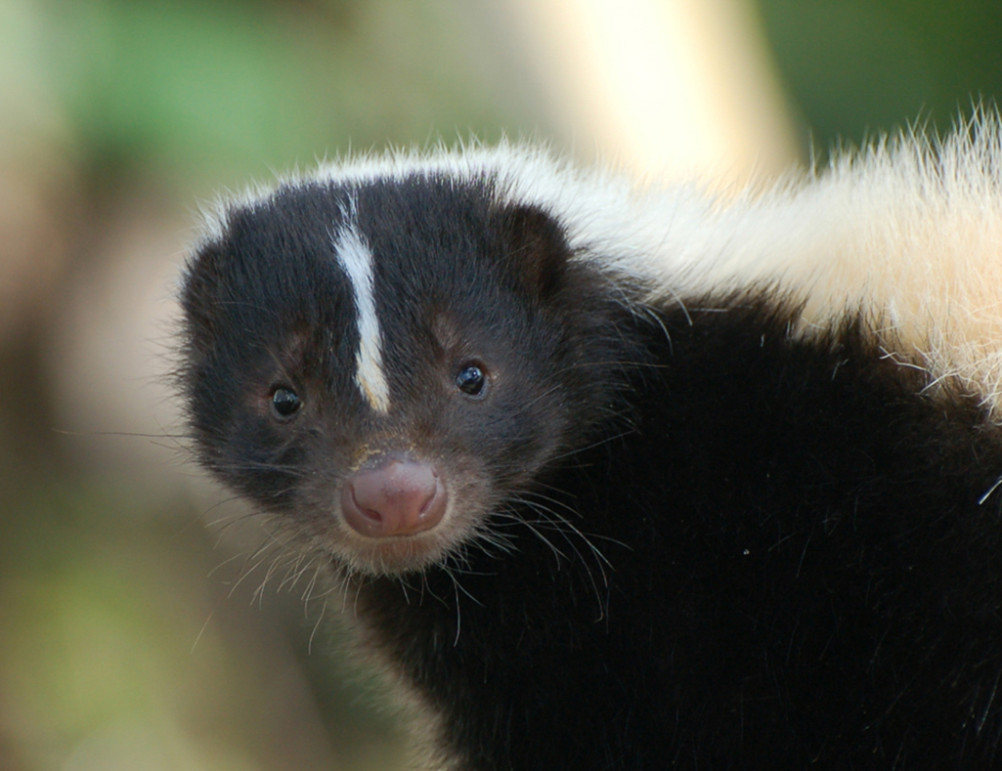 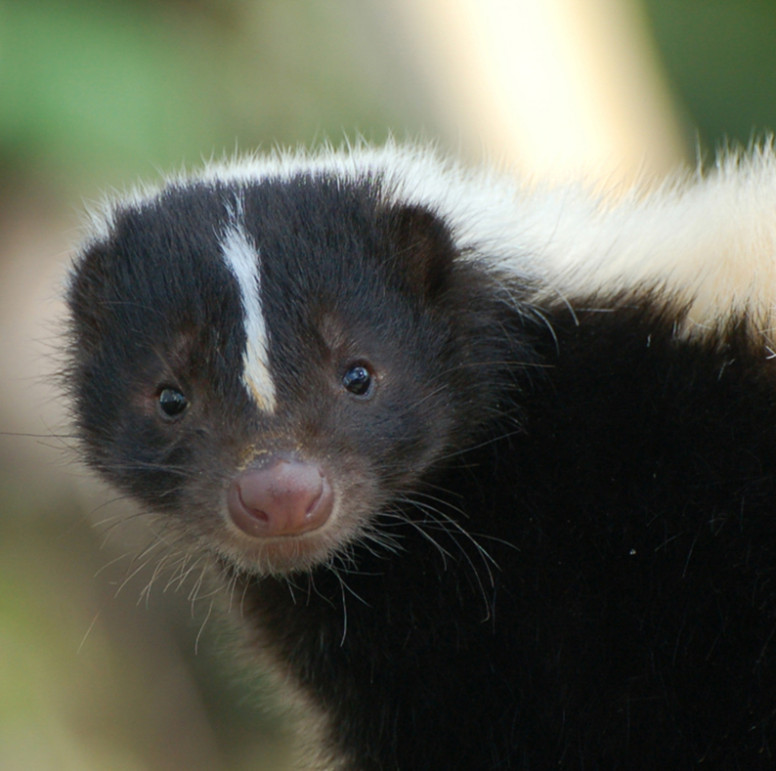 RANGEUnited States and in southern areas of Canada and Mexico 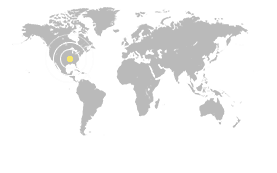 Skunks are primarily nocturnal and crepuscular and tend to be solitary animals. However, females can sometimes be found with other females and their young-especially during the winter months during torpor or semi-dormant periods. During the day they will reside in their dens which are usually rocky crevices, underground burrows and holes in or beneath logs. Skunks are secondary cavity nesters which means they look for burrows and crevices already made by animals to occupy. In the northern range they usually go into a torpor state from December to March, but in the southern range they generally only have short dormant periods during the cold weather. This state of torpor involves the skunk slowing down and dropping their body temperature, breathing and metabolism.

When a skunk is threatened, it first tries to run away from the predator. If that doesn’t work, it tries to frighten the predator by arching its back, raising its tail and turning its back on the predator. It may also stomp its feet. If this doesn’t work, as a last resort, the skunk will spray the animal with a strong-smelling fluid from the glands near the base of their tail. This fluid can be sprayed up to 12-15 feet away, but can be smelled from farther distances. If the liquid gets into the eyes of a predator, it burns and temporarily blinds them.

The body of the striped skunk is round and they have long coarse fur covering their entire body. They have a small face with a pointed nose. They are low to the ground and have small legs and a long busy tail. They are black in color with a thick white stripe that splits into two white stripes which go down their back and tail. The total length of and adult can vary from 22.64-31.5 in. The tail itself can measure from 6.8-15.5 in. They typically weight 1200-5300 g, the average being 3250 g. The males are generally slightly larger than females. The skull of the striped skunk is especially distinctive from other carnivores due to the molars. The upper jaw has only one molar on each side, each having a characteristic square shape, and the lower jaw has two on either side. Their front feet have long claws that are used for digging.

Striped skunks are common and can be found across most of the United States and in southern areas of Canada and Mexico. They live in a variety of habitats including agricultural areas, grasslands, woodlands and even suburban areas.

Breeding season occurs from February to April, and a secondary mating period occurring in May if the first litter is lost. The females will only have offspring once a year. Males can become aggressive with each other when competing for a mate. Females will give birth in safe locations in the den and can have 2 to 10 per litter. Young are able to release scent after they are a few days old, but their eyes do not open until after 3 weeks. The female nurses her young for 8 weeks and teaches them how to forage and hunt in that time. Both male and female young become sexually mature by the end of their first year at around 10 months.

Human encounters are not overly common with skunks since they are mainly active at night. However, since this animal lives in close proximity to people, their pets are often sprayed. Striped skunks are important in their ecosystems since they reduce insect populations and consume decaying matter.

If you do encounter a skunk, leave it alone, and use human capture techniques to relocate a skunk if necessary.