Lehigh Valley Zoo is pleased to announce that two penguin eggs have been laid and are being tended by our mating couple of African penguins, named Thulani and Greer, within the Zoo’s Jaindl Penguin Pavilion. This is an exciting and hopeful time for Zoo staff and conservationists worldwide, as this arrival of potential hatchlings marks a planned step in the endangered penguins’ Species Survival Plan (SSP).

As conservation programs, SSPs are designed to maintain sustainable populations in accredited zoos and aquariums and where there is need and suitable habitat, they also provide for reintroduction of species into the wild. As an accredited member of the Association of Zoos and Aquariums (AZA), Lehigh Valley Zoo is a cooperating facility for AZA’s SSP for the African penguin. All African penguins at Lehigh Valley Zoo are designated as part of this SSP, and Thulani and Greer were earmarked by the program for breeding based on their known genetics. 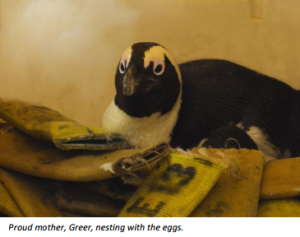 To facilitate the breeding process, “The Lehigh Valley Zoo Animal Care team established Thulani and Greer with a situation that would allow them to bond and then provided materials the birds would need for nesting,” explained Richard Rosevear, General Curator at the Zoo. “The pair did, in fact, mate and produce eggs. Animal Care monitors the birds to ensure they properly care for the eggs.”

African penguins are monogamous and typically mate for life—and these proud parents take turns with nesting duties and will also share in care of the hatchlings when they arrive. African penguin eggs have an incubation period of about 38 to 42 days and chicks are expected to leave the nest within 60 to 130 days.

“All is well and Thulani and Greer both tend the eggs,” reports Rosevear. “Thulani has brought food to Greer when she has stayed on the nest. The penguins will continue to be monitored through incubation and hatching to make sure the chicks’ care is maintained.”

African penguins are an endangered species and their populations have shown a sharp decline over the past 100 years. Penguin eggs are under multiple threats in the wild, including habitat destruction and nest abandonment. Without the conservation efforts of organizations like AZA and Southern African Foundation for the Conservation of Coastal Birds (SANCCOB), penguin population numbers would continue to decline. AZA and 50 accredited zoos and aquariums collectively manage 800 African penguins in safe environments as an assurance population (to prevent extinction) and facilitate carefully planned breeding to bolster the population. SANCCOB efforts include the rescue, rehabilitation, hand-raising and release of abandoned, injured, ill or oiled African penguins, eggs and chicks.

While there are never any guarantees in these situations, the public is encouraged to check social media and the Zoo’s website for any announcements regarding the progress of these potential hatchlings. “We are hopeful that these are two viable eggs and that the Zoo will be able to announce good news in coming weeks,” stated Zoo President, Melissa Borland. 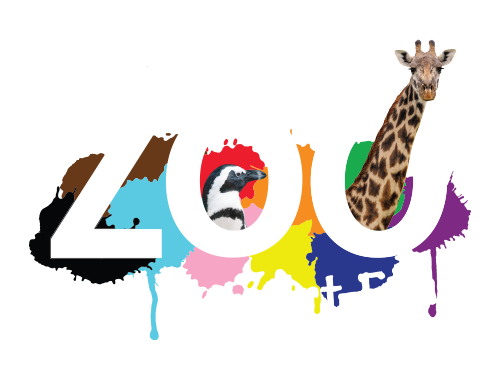