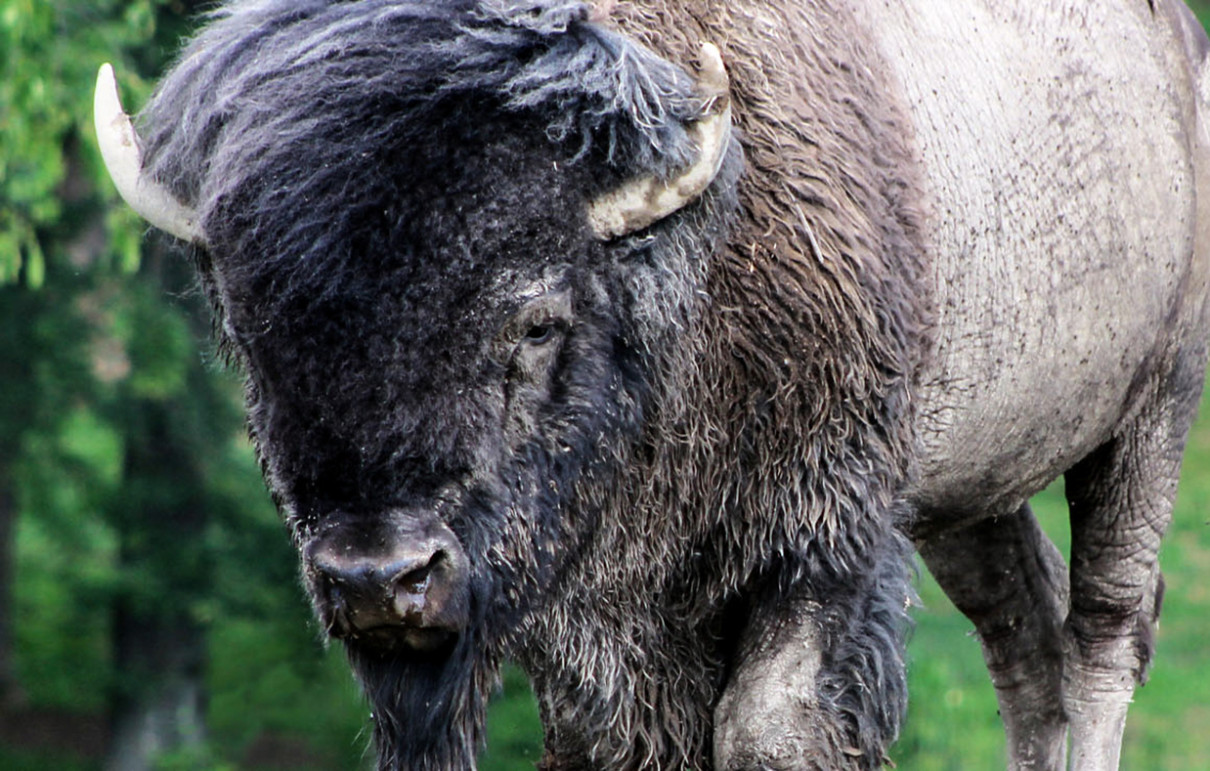 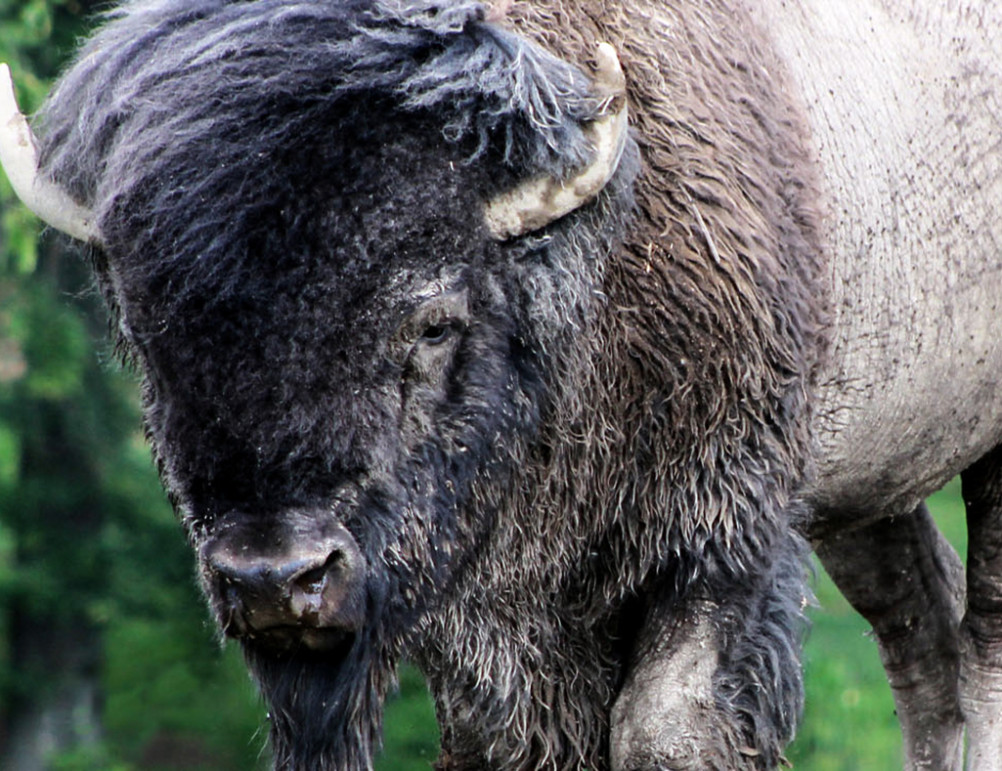 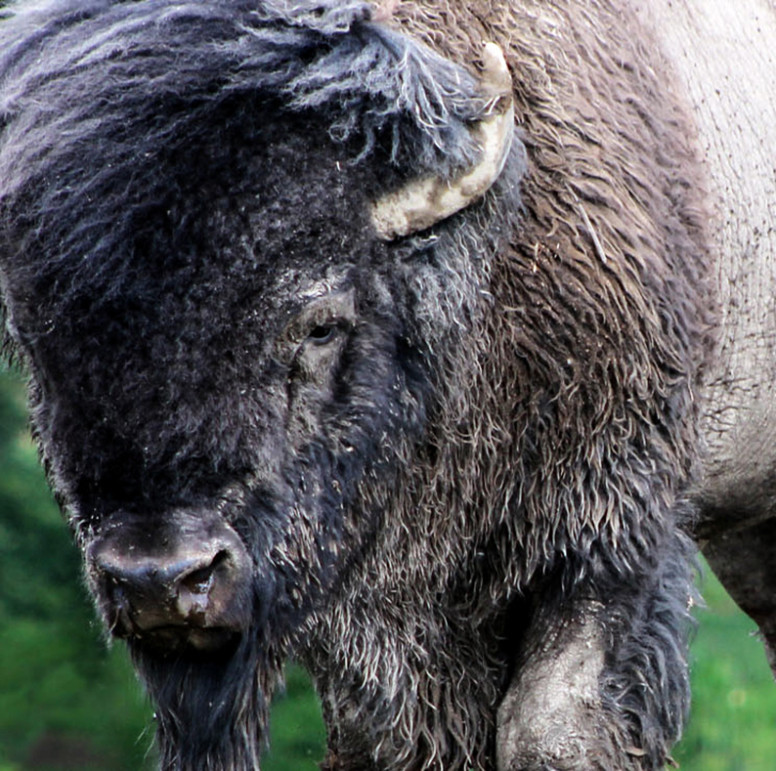 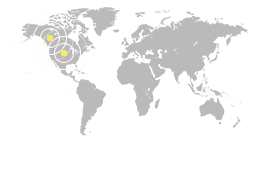 The largest terrestrial animals in North America, bison are characterized by a hump over the front shoulders and slimmer hindquarters. Both male and female bison have a single set of short, sharply pointed, hollow horns that curve outward and up from the sides of the massive head. The head, neck, forelegs, and front parts of the body have a thick coat of long, dark hair. The adult bull adds to this thick coat with a black beard about one foot long. The rear part of the body is covered with much shorter hair. The shaggy head is the most heavily insulated part of their body, which has adapted as such to withstand blizzards as the animal stands facing into the wind. Heavy coats are shed in the spring as the animals roll to loosen the hair, which falls off in mats.

Habitat/ Range: At one time, bison were widespread from Alaska to northern Mexico, but the current range occupied by conservation herds has diminished to one percent of its original status. Originally, planes bison were found primarily in the grasslands and prairie of North America. Woods bison a subspecies of the Planes Bison, historically ranged in the boreal regions of northern Alberta; northeastern British Columbia, western Northwest Territories, Yukon Territory, and much of interior Alaska. Today, bison distribution is greatly limited due to population decline and their movements are greatly regulated. Within the national parks, bison are found at all elevations. Bison herds can be found in parts of Canada as well as Arizona, California, Idaho, Montana, Oklahoma, South Dakota, Utah, Wyoming, and Alaska

Diet in Wild: Bison are year round grazers. They feed primarily on grasses, but will also consume flowering plants, lichens and woody plant leaves depending upon availability.

Life Cycle/ Social Structure: Bison are usually found in bands arranged by sex, age, season, and habitat. Older bulls are often solitary. Both cows and bulls live in a dominance hierarchy, which is established early in life. Most of the year, females with young form small bands, and immature bulls may stay with them. The bands may congregate in large herds in the spring or fall to search for food or water. Mature males have their own groups that may reach up to 30 individuals. Grazing takes place during several periods each day and is conducted in loose groups. When bison travel, they form a line.

Before the 1800s bison roamed the Great Plains in vast numbers; estimates range from 30 to 100 million.