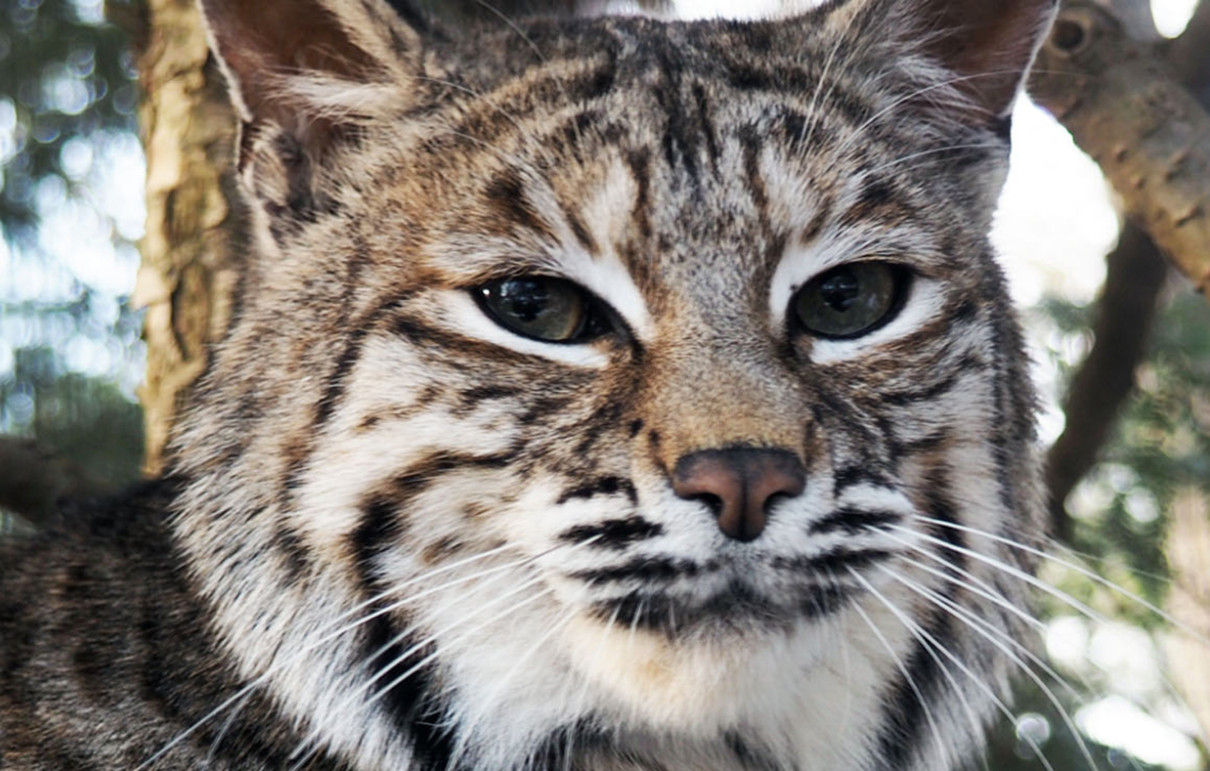 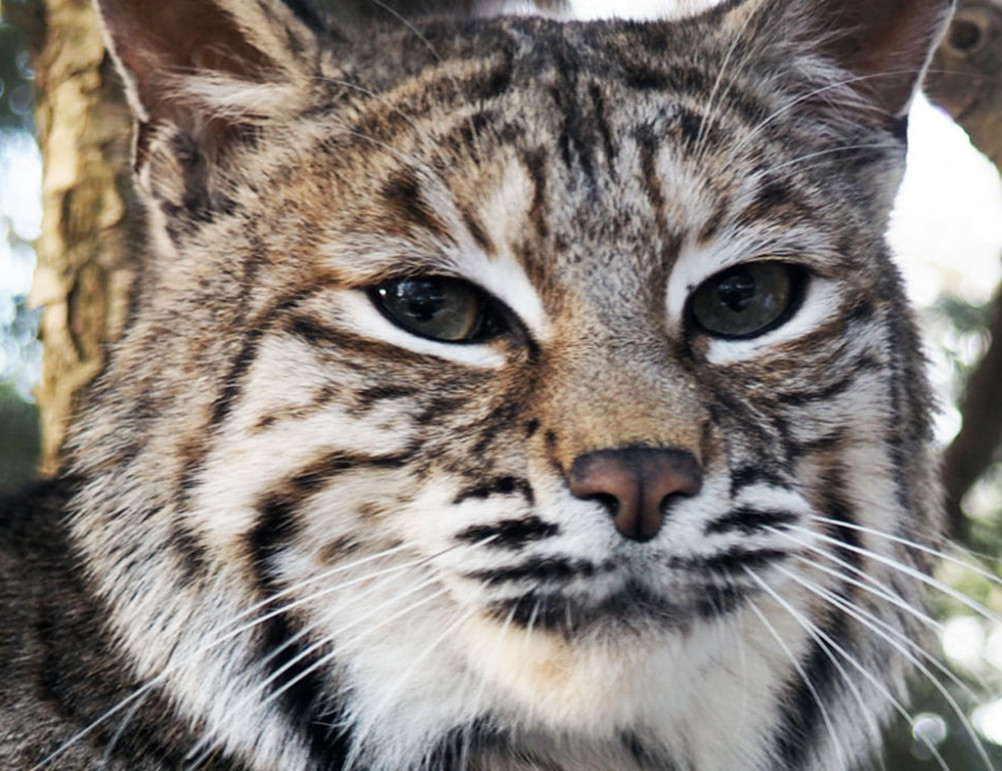 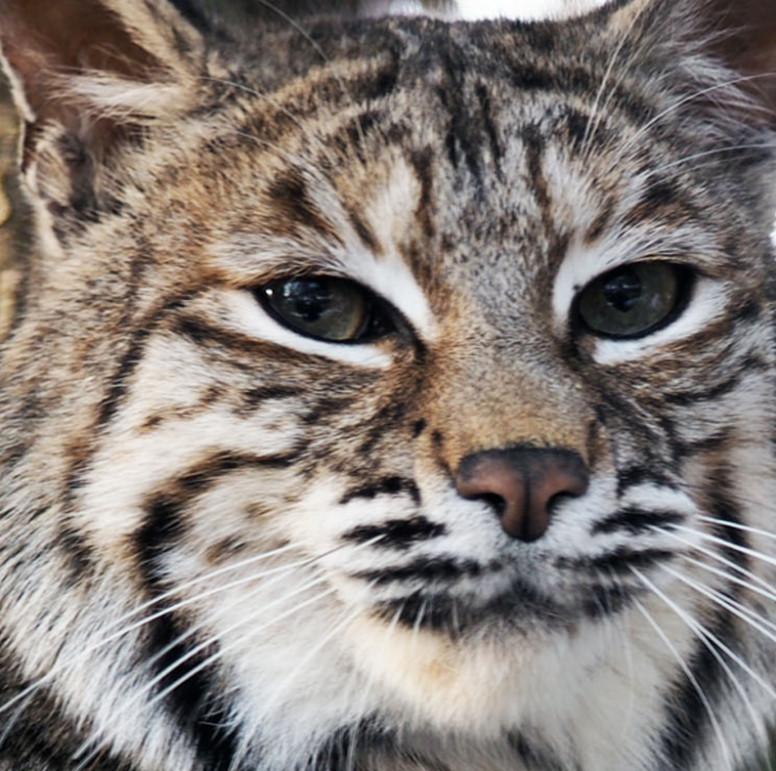 DIETRodents, rabbits, ground birds, and reptiles; domesticated chickens and poultry if given the opportunity

RANGE47 of the 50 United States, range from Southern Canada to Northern Mexico as well

HABITATForests, semi deserts, brush lands, as well as throughout the mountains 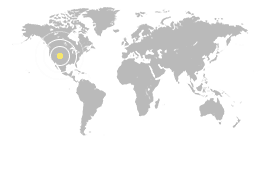 Bobcats, which get their name from their small “bob” tail, can range in length from 65cm to 105cm. They are roughly 45-59 cm high at the shoulder and weigh between 4 and 15 kg. Their fur is brown with dark brown stripes and spots covering various parts of the body, although the tips of their ears and tail are black. They also have tuffs of hair on either side of their head, just below the ears, that extend outward from their face giving them the appearance of having sideburns. They have extremely keen eyesight as well as excellent hearing and a very developed sense of smell.

Habitat/Range:  Bobcats are found in 47 of the 50 United States, however they range from Southern Canada to Northern Mexico as well.  In some areas they are very common while in others they tend to be scarcer. They prefer temperate regions and a variety of habitats; such as forests, semi deserts, brush lands, as well as throughout the mountains. They tend to keep hidden very well in dens, hollow trees, or rocky crevices.

Diet in Wild: Strictly carnivores – often eat rodents, rabbits, ground birds, and reptiles. They can and will also prey upon domesticated chickens and poultry if given the opportunity.

Predators:  Young bobcats often fall prey to foxes, coyotes, and larger owls.  The only real predator to adult bobcats is the human.

Life Cycle/ Social Structure: Bobcats are much like domesticated cats in terms of their mating system. They are polygynandrous- meaning they may have multiple partners and only socialize with the other sex for the time required for courtship and copulation. Bobcats breed once a year and mating season usually begins in the early spring followed by a gestation period of 60-70 days; after which females will give birth to a litter of about 3 kittens. The kittens are born with their eyes shut until they are about 10 days old and will continue to nurse until they are about 2 months of age. The mother will also bring them food and teach them how to hunt so that they may find food after there are finished weaning. The males however, do not stay to help raise the offspring.  By 8 months the young bobcats become more independent and will eventually disperse during the winter months. Females will become sexually reproductive at one year while males will take up to 2 years.

Within their home range, there will be several dens. One den will serve as its main living space which will consist of hollowed out logs or rock crevices. Specifically any location that can provide protection. There will also be several auxiliary, or shelter dens which are less visited areas of the home territory. They consist of rock ledges or stumps

While only vocal during the mating season, they will make various yowling sounds as well as hissing, to communicate with one another

Life Span:  Bobcats can live up to 12 years in the wild and up to 32 years in captivity.

Conservation Message: Bobcats are very important predators to many species of mammals and birds. This helps to keep populations in balance within the ecosystem.

What You Can Do: Educate people on the positive impacts of bobcats so they are more aware of how important this mammal’s role in the ecosystem is.